Larry tells a story.  About a time on his island a few years ago.  When he was a guardian, a security guard, a body guard, a comforter, a teacher, a caretaker.  In a place where children come and bring more world with them than they ever should have had to carry.

One night, at bedtime, one of the boys asked my dad to teach him how to pray.  On his knees beside his bed, he folded his hands and waited for instructions.

My dad told him to tell God how he felt.

And the little boy prayed, "Dear God, I feel like shit."

These are the prayers, which reach the ears of God.

These are the prayers I've been praying.  And I can't help but feel a little bit like Esther.  Currently living out a story where God is not blatantly making Himself known.  And yet His presence in my story is unmistakable.

For such a time as this.  I'm not on my knees, but I'm walking down the streets.  Praying simply.  "This is too much.  Today, I don't have what it takes to make it.  Today, I feel like shit."

get on your way

It's almost as if I just took a deep breath and pushed my shoulder into the future and just... moved forward.  Despite the resistance.  Besides the fact that I am not strong enough yet.  I am not smart enough yet.  I don't have what it takes to make it.

I have been saying that I hope I make it through this semester alive.  I'm only half joking.  Today in a sheer moment of honesty I told my sister, in not so many words, I could feel the loneliness coming.  That's the risk I'm taking.  Not physically dying.  But that my heart might fail.

Today, without stress, without any level of social anxiety, with an uncommon level of self-assuredness, I walked to class today.  Ten minutes from my new little safe haven, my class was in a familiar building.  And before ever reaching the classroom I ran into multiple people I know.  Familiar faces.  I've done this before.

Every semester I begin thinking I won't make it.

Summer's over.  And I walked into class with my cohort today as a very different woman than when I left them.

But I stumbled in the door a tired, worse-for-wear older woman.

We'll see what happens.  There's potential here.  For great... something.  It looks too hard now.  But I'll get stronger.

In the words of Dr. Seuss:

There's my mountain.  It's waiting.

Laying on a rooftop in St Louis, watching a lightening storm illuminate the mountains on the horizon, the stars above my head too numerous to count... He chose less words too.


When I was in Africa last year, and in the months prior and following, I was completely wrecked.  Broken.  Shattered.  God used Ethiopia to begin to put me back together.  To catapult me into the ghetto.  Into purpose and boldness.  But from the beginning, I never expected the same experience out of Haiti.

I didn't expect anything out of Haiti.

So the time to leave came.  And I just woke up, put my bags in the car, and left.  Like it was no big deal. Like I wasn't leaving for a third world country.  Without malaria meds, without the pre-travel anxiety, without expectations.

When I walked into my bakery that morning, however, I saw the foreshadowings of a divine plan unfold.  I saw a hint of a sweet serendipity that I hadn't seen in months.  And I had a fleeting thought.  An elusive moment of consideration.  Maybe this would be more.  Maybe...

Ethiopia was about understanding what I could do, through Christ.  Overcoming worthlessness and fear, operating in weakness, in strength.  I was broken.  But not useless.

And then here was Haiti.  Cradled on the broken place.

I heard, repeatedly throughout the week, Him say very simply "I am not trying to break you in the same place twice".  Like a broken bone, healed and stronger for the breaking.  I was repaired in that place where Haiti was resting on me. 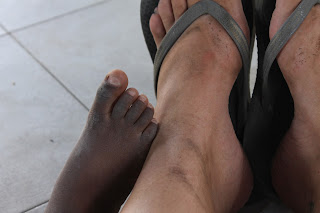 And so riding through the unpaved streets of St Louis on the back of a rickety old Toyota pick up, dirty feet and sweaty brow and skirt wrapped around my legs, I tested the strength of the scar tissue.

A part of myself I had set aside.  Had bound up.  Pushed down.

Africa was an experience.  A display of the very nature of God, His bigness and His voice.

But I did not touch Africa.  I experienced Africa, the way one might watch a movie.  Or listen to a song. Effected.  Impacted.  But I did not bend low and scoop Africa up in my arms.  Africa did not fall asleep on my chest.  Africa's voice did not whisper in my ear, words strangely familiar but not understood.

Then there I was.  Dark from dirt.  Body tired, smile big. 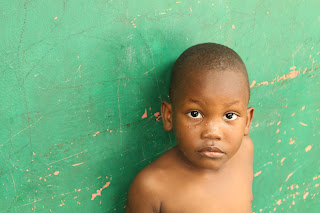 Go where I send you.  He said, simply, with a white dove flying outside the Port au Prince airport.

People are the same everywhere.  They need the same things... the things I've taught you.  He began to show me why I have endured the things I have.  What skills I've acquired, which are finally proving useful. 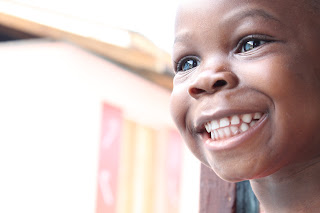 Stronger for the breaking.
Posted by Anna V. at 10:49 AM No comments: 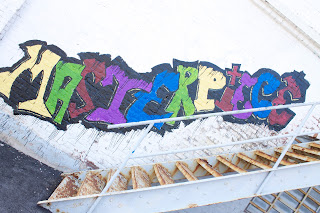 Today I was supposed to leave the country.  For a whole year.  I was supposed to abandon and empty and set forth and join a race.  A race which would take me to eleven countries in eleven months with a group of at least 60 young radicals who had done and were doing the very same thing.

But instead, today I woke up in a tiny little apartment.  Tucked far back off the road.  With four white walls and space only for me.  Boxes piled high, I am reminded of a strange night in Richmond when I was just a tiny girl:

After moving into a duplex, before Olivia was even born, I remember waking up to the shadows of unpacked boxes stacked high in my bedroom.  From the top bunk of the red bunk bed, I thought my mom was sitting at a desk in my room.  I remember calling her name.  But she never answered. (I still feel like that sometimes.  Just not about my mom.)


This morning I woke up and sunlight poured into my apartment.  Early, I got a text message from my sister, reminding me of what day today was.  Reminding me of the decision I'd made, intuitively confirming that I'd made the right one. 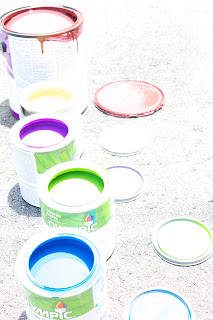 Breath.  Skin.  Dark against light.  I laid in bed for longer than I should have.  Wondering how we get here -- to these places.  Thinking about the plans I'd made back in May.  Plans for sabbatical, plans for rest. 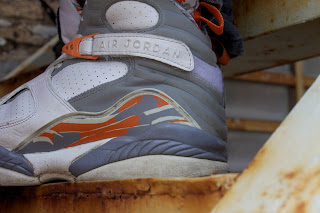 And yet I know better.  I know better.  I know that this summer was not about rest.  It was about removal.  I know that the things I chose to spend my time on, to pour myself into, were worth my time.  For the most part.  The lessons I've learned were lessons I never anticipated learning.  The decisions I've made were decision I never intended to make.  The experiences I've had have been less grand than I had imagined, and made more of an impact than I ever could have anticipated. 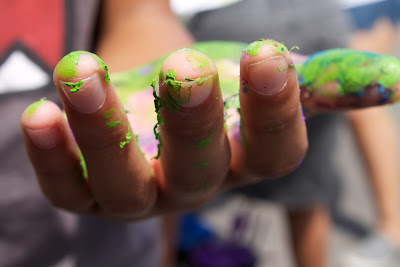 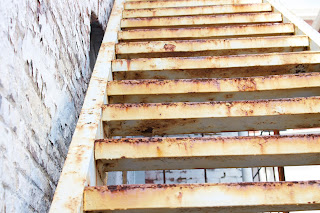 
So instead of packing my life into an internal frame pack, I packed it into boxes.  I moved across town, by myself this time.  Deep into the neighborhood I've longed to call home for four years.  Into a small little space that is all my own.  Mine.

Life will happen here.  In Apartment 6.  My own journey.  My own new adventure.

I am pushing back.  Learning about myself and questioning the world.  Finding truth and lies in the tension.

In two days I will leave the country.  Board a plane with a small pack and a camera and I will fly as fast as I can to a tiny little place that most of the world has forgotten.  And I will sit.  Sink.  Melt.

Breath.  Skin.  Dark against light.  My arms are aching to hold.  To feel the heavy trust of a child resting in between my shoulders.  The sweet devotion of his hand in mine.  Tiny fingers.  Big smiles.  Watery eyes. 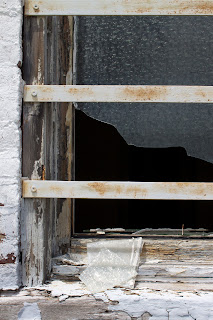 It's been a long time since I've felt anything.

But today I was supposed to leave.

Instead, I woke up.  In the 6th apartment.  And in my own way, today, I launched.

After all that's happened, how could I even pretend to know what's coming next?
Posted by Anna V. at 11:35 PM No comments:

Just morning.  Windows rolled down to the quiet, dark air; he smells like stale smoke.  He's let the hair grow out on his chin and I wonder if he'll ever look me in the eye again.  I search my heart for what should be there.  But I've mastered this.  And whatever is missing is tucked somewhere deep in my belly, out of reach.

Do you ever feel like you have no idea who you are?


I reached my arm out the window.  Needing to feel something.  Only air.  Right now.


There have been seasons in my life when I have felt tightly connected to myself.  Acutely aware of who I am and what is happening.  What God is doing.  What my role is -- the why's and how's and what's.

This is not one of those seasons.

But it's not there.  None of it.  And one more door closes.

And then in a single moment, over rice and black beans, that last thread holding it all together was cut.

At first, I was not surprised.  But in the recesses of myself I began to hear a cracking.  A splitting of weakened pieces.  And the longer I thought on it, the deeper I swallowed, the more damage it did.

I started connecting dots, creating a channel for the truth to sink low and expose.  Like light, seeping.  What is done in darkness...


With the heavy shut of a Volvo's door, so one more compartment of my heart closes.  Like a dam.  One. By one. By one.  Keeping out.  Keeping in.

Do you ever feel like you have no idea who you are?


A crumbled foundation and ears filled with unfamiliar words.
Posted by Anna V. at 10:39 PM No comments:

And How Many Times